For three years, the DAUSCH Technologies company, together with a global brewing group, developed its „BeerGuard“ system for determining the perfect end point of the fermentation. The system is now being presented to the public for the first time at drinktec.

Many large breweries measure the levels of diacetyl and pentanedione daily to determine the perfect level for the end of fermentation in the so-called „cold block“. The values are analyzed in the laboratory using a gas chromatograph (GC) and an ECD detector. Since measurements are usually only taken once a day, it can only very imprecisely been determined when which tank is „ready“ for filling. In addition, this method is very time-consuming and personnel-intensive.

„BeerGuard“ by DAUSCH, on the other hand, automatically measures every 20 minutes, around the clock, and determines the desired values. The „GC IMS“ method used by DAUSCH has an unbelievably low detection limit for diacetyl and pentanedione of 1 ppb (parts per billion). This is absolutely unrivaled in process measurement on the market. 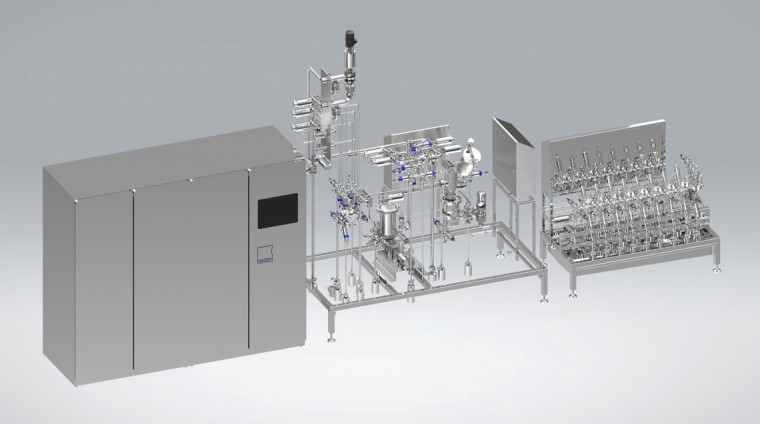 The system consists of a „Tank Sampling Module“ (TSM), here beer samples are taken from up to 16 fermentation tanks per TSM module. Double-seat valves prevent cross-contamination between fermentation tanks. In the next station, degassing and filtration takes. In the „transition module“ a conversion to diacetyl takes place and then the exact values of diacetyl and pentanedione are determined in the GC-IMS to determine the end point of the fermentation.
The goal of DAUSCH is to automatically measure up to 64 fermentation tanks during the ongoing process with a „BeerGuard“. All values are clearly shown in tables and diagrams on displays. This complete automation of quality control in the cold block achieves significantly higher productivity. For the brewery, the fermentation time is reduced enormously, the output is clearly increased. The „move away from random sample analysis“ towards automated measurement in the process also saves on personnel and all measured values are almost error-free.
broschüre beerguard 20-08-20 EN.pdf